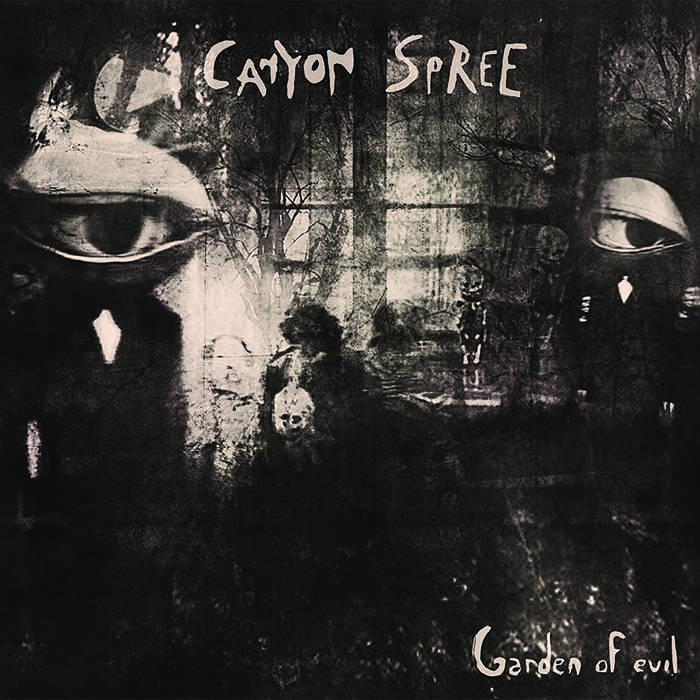 Canyon Spree will release their first LP - Garden of Evil - in April 2015 on French record labels Azbin Records and Beast Records. The twelve songs on the album were captured in fall 2014 on an ancient 24-track tape recorder at the Hit Fountain studio in Berlin. The titular garden of evil isn't a solitary location - it's simultaneously the destination after a harrowing journey through the desert in a classic Western film, the forbidden location where two schoolgirls pledge their lives to Satan or the torture garden where Vlad the Impaler abandoned his victims. The image-filled musical world of Canyon Spree takes shape within the realm of this haven of darkness, of moonlit meadows and sunburnt plains. The soft and surfy sounds of the guitars occasionally turns into a fuzz roar, as they howl alongside the almost tribal beats of the drums. The sound of an organ calls for the gathering of witches, mesmerizing, both mournful and lighthearted. From the depths of the canyon, reverberates the communion of the spree.

Bandcamp Daily  your guide to the world of Bandcamp